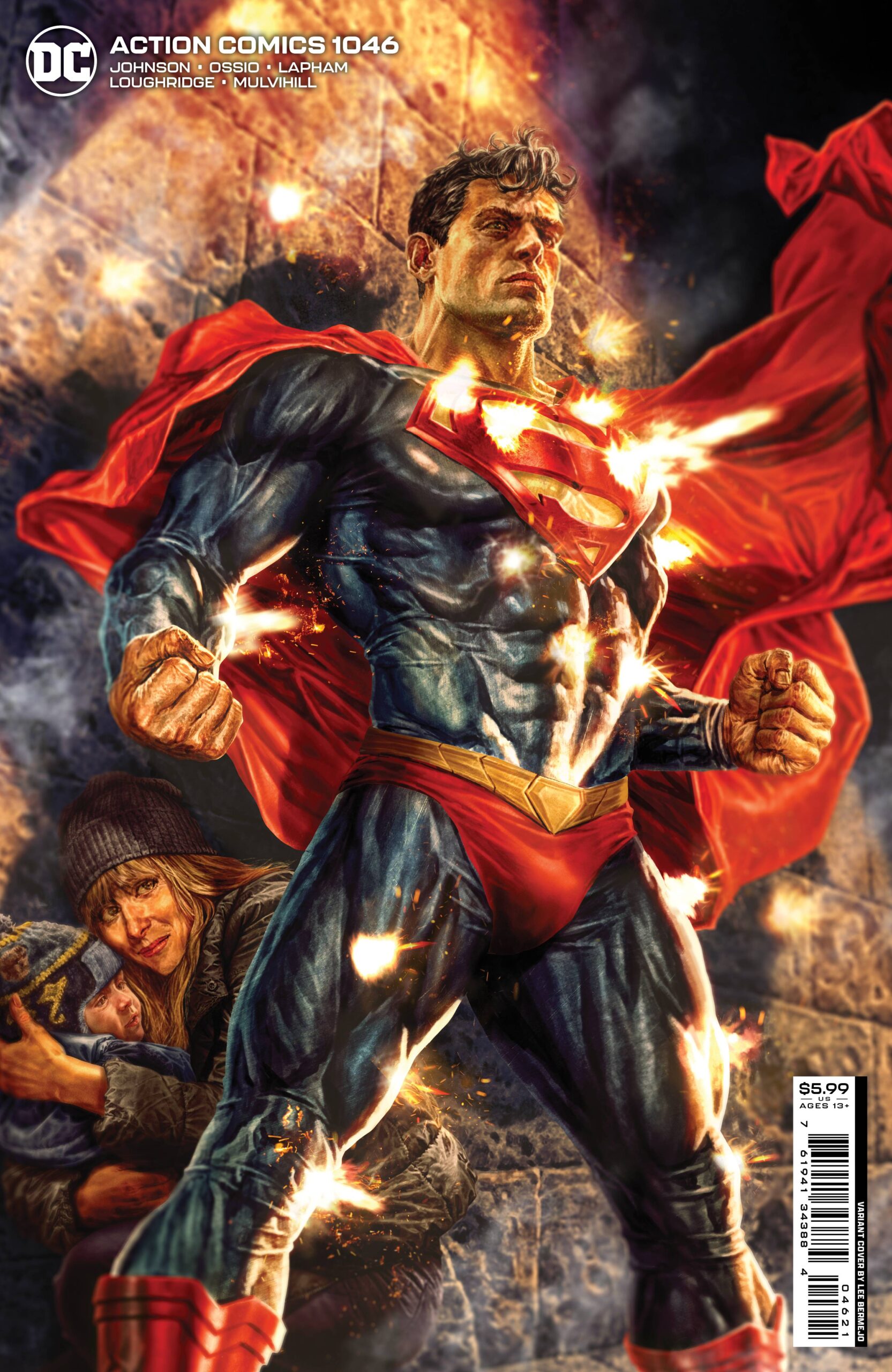 Welcome to the First Installment of Variant Cover Picks of the Week!

I am a HUGE Superman fan, so you can expect 1 or 2 Superman covers on this list each week!

As far as this cover goes, it scores big on COOL factor and definitely speaks to what Superman is as a symbol for hope.

The next installment for the current Amazing Spider-Man run!

Homage Cover AND New suit! And according to the solicitation, some new gadgets for Spidey as well!

NEW SERIES that looks to be more light-hearted book among the heavier storylines currently in print. Cover itself has a lot of action and comedy so it sets up the book better than the main cover honestly. SPEC POTENTIAL in that Damage Control has been a part of a few Marvel series in the MCU

This year DC has been putting out swimsuit variants for the summer, and most are run of the mill showcasing characters in swimsuits.

David Lapham turned his cover up a notch and added some ACTION! Definitely a COOL COVER to pick up for Deathstroke fans and the series itself has been one to enjoy so far!

Department of Truth is still going strong, and one thing you cannot deny is the twist and turns it takes with each arc.

SPEC potential for KEY event in this issue, with a show rumored in the works every issue will matter sooner than later.

Also, this cover specifically could be a low print run due to being a ratio incentive and might be an easy catch at a reasonable price upon release.

Another new series from an indie studio ( Vault Comics) with killer art gets this one on the list in a hurry!

Indie Studios with high ratio covers always have the biggest potential for low print runs. Series has an interesting premise that could keep it going for a long time.

Evanescence ECHOES FROM THE VOID #1

Should be a very easy pick up if you have not already added to your pull list. Bonus points for more bands making comics!

Marvel coming in with another Predator crossover cover. This one is very COOL COVER, detail on predator and F4 look great and very action oriented.

Grim is another great title from the studio bringing you the last hot title in Something is Killing the Children ( BOOM! Studios)

This issue has SPEC potential introducing KEY events to this still fresh series.

This Cover itself has potential for low print run as it was only announced on FOC ( Final Order Cut-Off) Day so very limited time to order copies.

The very black cover as well will make it a difficult task to get 9.8 grading.

30 years of Harley Quinn continues with another great HOMAGE cover. This time Ryan Sook takes on THE KILLING JOKE.

New Series for DARK HORSE with a look at how superheroes affect the little (bad) guys.

Mignola has a style all his own and helps bring a creepy factor to this cover!

Pick it up if you enjoy Mignola’s art style and stay for the story!

This issue ends the current Robin arc and setups potential changes for Damien in the DCU.

SPEC potential for KEY events in the book, as well as potential LOW PRINT on the incentive.

Maleev’s style really stands out on this COOL COVER!

Definitely pick up for any and all Darth Vader collectors.

Cover artist alone brings this one to the list!

The great Brian Bolland really pushed the detail on this one to the max. It is a creepy technohorror COOL COVER.

The book is also potential for KEY SPEC being arc finale for the current swamp thing run. Who knows what next holds for Swamp Thing!

Well that was the list! Hope you enjoyed it. Drop a comment on our socials and we will definitely respond!

Until next time, stay safe and happy collecting!